The Homeowners of this 2017’s house got in contact with us after noticing a few signs of a potential foundation problem.

After examining the home and performing the manometer survey, Arizona Foundation Solutions believes the home could be experiencing foundation settlement in the garage as shown on the topographical map. The drop off in floor elevations on the topographical map is consistent with a foundation settlement pattern. Settlement can be caused by one or any combination of many factors including sub-grade saturation of moisture due to poor drainage, years of storm runoff, plumbing leaks, improper compaction, the lack of a proper foundation system, and/or (in most cases) natural earth movement.

The Foundation Performance Association (FPA) “Guidelines for the Evaluation of Foundation Movement for Residential and Other Low-Rise Buildings” were adopted to correlate acceptable and unacceptable distress phenomena with actual survey elevations. Deflection and Tilt calculations were performed and compared to allowable values. For this engineered analysis, the deflection of the slab (L/1699) was less than the allowable deflection limit of L/360. In addition, the tilt of the slab (0.27%) was less than the allowable tilt of 1.00%.

Arizona Foundation Solutions believes that the proper way to permanently stop the perimeter foundation settlement is to underpin the areas that are experiencing movement. Underpinning is the process of installing deep foundation elements called piles. Piles are engineered foundation supports that are driven down past the unstable soils and are then locked up into load bearing strata, which can support the loads that are transferred to them. Once the piles have been installed, they can be used to lift the perimeter foundation up to its Highest Practical Maximum. The piles should be spaced approximately six on center and should start and stop near the hinge points of movement (exact spacing to be determined after load bearing calculations). In this case, the piles would be located around the perimeter of the garage. The slab can then be treated by injecting a lightweight expansive polyurethane to fill existing voids and lift the floor slab. This is done by drilling small 3/8” holes in the slab after which polyurethane grout is injected directly under the slab to raise it up to its Highest Practical Maximum. Using the expansive materials will help prevent additional slab settlement by compacting the upper layer of soil as it expands. 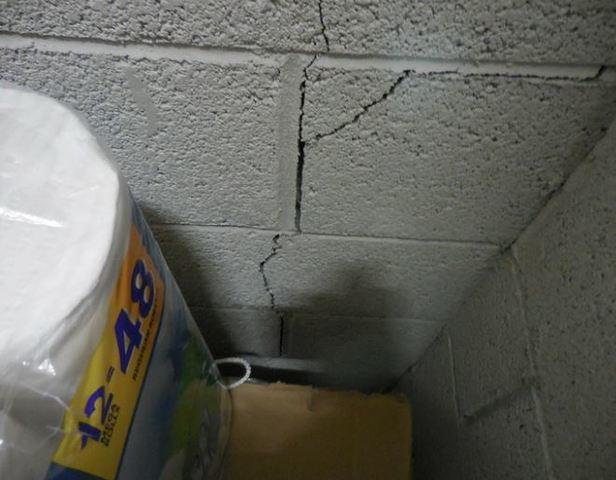 Wall concrete crack in the garage 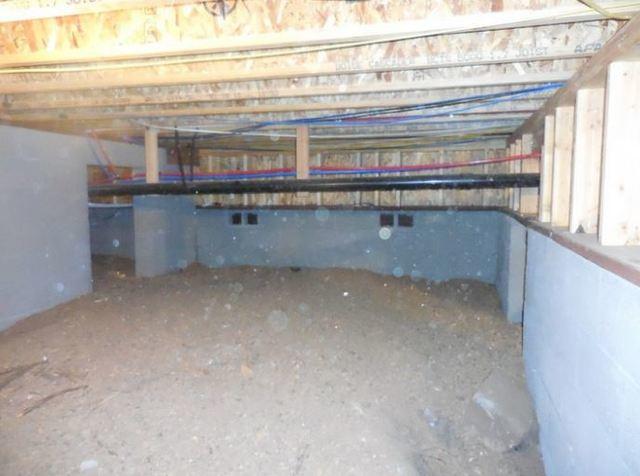 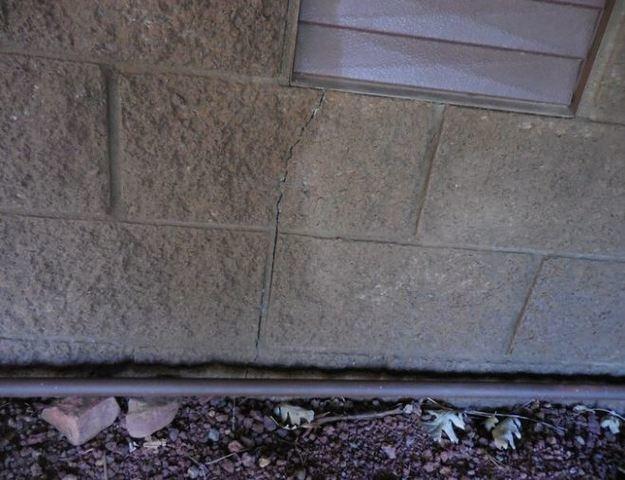 Wall Crack on the Exterior of the Wall