Cracks (interior & exterior) that are getting bigger.  Homeowner concerned the damage will only get worse & impact the home’s porch.

After examining the home and performing the manometer survey, Arizona Foundation Solutions believes the home could be experiencing foundation settlement at the western portion of the home as shown by the damage (aka Signs of Stress) and lower readings on the Topographical 2D Map. The drop-off in floor elevations on the topographical map is consistent with a foundation settlement pattern. Settlement can be caused by one or any combination of many factors including sub-grade saturation of moisture due to poor drainage, years of storm runoff, plumbing leaks, improper compaction, the lack of a proper foundation system, and/or (in most cases) natural earth movement.

AZFS believes the home could be experiencing minor foundation settlement at the south and southwestern portions of the home, the northern and western portions of garage 2, and at the front patio as shown by the minor damage (aka Signs of Stress) or lower readings on the Manometer Data Points and the Topographical 2D Map.

A foundation heave pattern is observed in the central portion of the home as indicated by the higher elevation readings on the Topographical 3D Map. This phenomenon usually occurs in areas where structures are built on expansive clays. Moisture from one or any combination of the following: storm runoff, poor drainage around the foundation, plumbing leaks, and/or underground moisture sources will allow the moisture/vapor to accumulate underneath the foundation. The moisture then interacts with the expansive clay soil, causing them to swell. The clay soils take the path of least resistance and expand upwards and lift the foundation.

The Foundation Performance Association (FPA) “Guidelines for the Evaluation of Foundation Movement for Residential And Other Low-Rise Buildings” were adopted to correlate acceptable and unacceptable distress phenomena with actual survey elevations. Deflection and Tilt calculations were performed and compared to allowable values. For this engineered analysis, the deflection of the slab (L/288) exceeds the allowable deflection limit of L/360. In addition, the tilt of the slab (0.13%) was less than the allowable tilt of 1.00%.

Arizona Foundation Solutions believes that the proper way to permanently stop the perimeter foundation settlement is to underpin the areas that are experiencing movement. Underpinning is the process of installing deep foundation elements called piles. Piles are engineered foundation supports that are driven down past the unstable soils and are then locked up into load-bearing strata, which can support the loads that are transferred to them. Once the piles have been installed, they can be used to lift the perimeter foundation up to its Highest Practical Maximum. The piles should be spaced approximately eight feet on center and should start and stop near the hinge points of movement (exact spacing to be determined after load-bearing calculations). In this case, the piles would be located at the western portion of the home. The slab can then be treated by injecting a lightweight expansive polyurethane to fill existing voids and lift the floor slab. This is done by drilling small 3/8” holes in the slab after which polyurethane grout is injected directly under the slab to raise it up to its Highest Practical Maximum. Using the expansive materials will help prevent additional slab settlement by compacting the upper layer of soil as it expands.

A protection plan has been designed to stop the south and southwestern portions of the home, the northern and western portions of garage 2, and the front patio from any possible future settlement and further damages. AZFS can permanently stabilize this area at the Homeowner's discretion.

Arizona Foundation Solutions believes that the proper way to deal with foundation heave is by lowering and managing the moisture content of expansive clays that cause heaving. It is our recommendation to manage the moisture underneath the foundation through active soil depressurization. This process will remove existing moisture from the soil as well as new moisture from the expansive clays and will help bring the moisture content down to an optimal level using both convection and evaporation. This will mitigate the future heaving of the clay soil and possibly allow existing heaving to subside. This process can take six months to several years to reach equilibrium. Minor movement may still occur, as the Moisture Level® System is intended to prevent significant and continual upward movement caused by moisture.

The MoistureLevel® Smart Foundation System is designed to control the moisture of expansive clays that cause foundation heaving under the home. If optimal results are not achieved with the MoistureLevel® Smart Foundation System, including additional measures described below, more aggressive measures may be required. The manometer and foundation survey will act as a baseline to measure performance over time.

Arizona Foundation Solutions believes that the rusting rebar in the foundation stem wall needs repair. The stem wall must be chipped back to expose the corroded rebar. The rebar should then be cut out and replaced with a composite bar and dowelled to bridge the separation between the bars. The stem wall should then be patched and finished smooth. This will prevent the treated area from future rust and restore the ability of the stem wall to span small voids and support the load. It is recommended to wait at least one week before painting the surface of the stem wall. 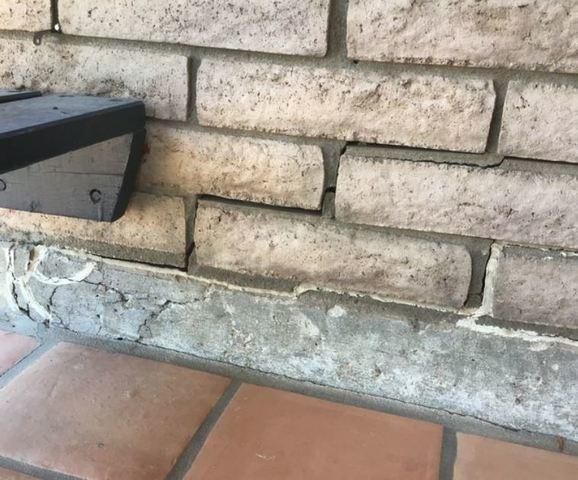 Exterior stairstep cracking is a sign of a potential foundation problem in homes with block or brick construction. 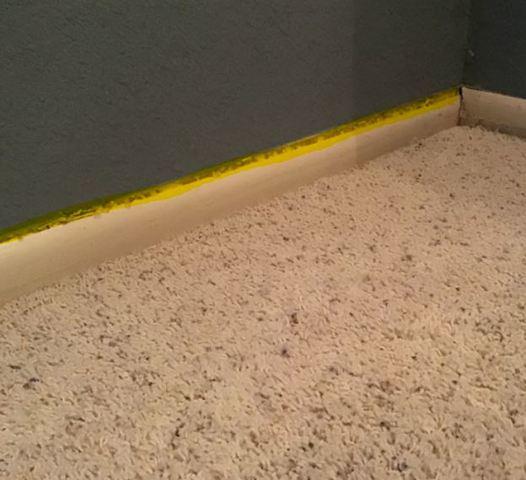 Gaps between the baseboards & walls may be a sign of a potential foundation problem. 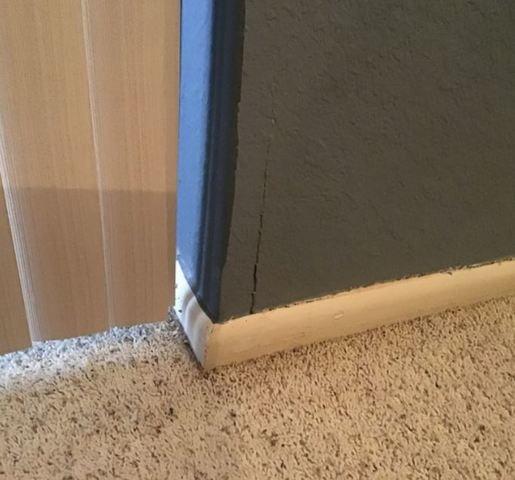 Interior wall cracking is a common sign of a foundation problem. 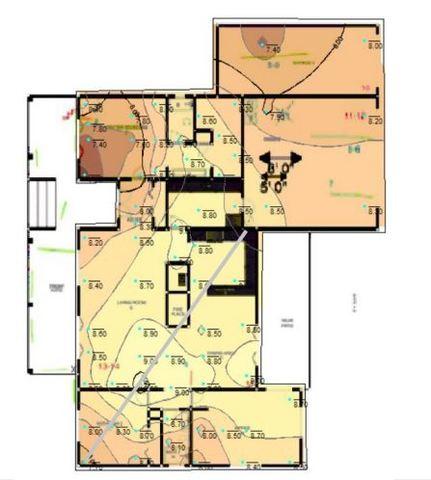 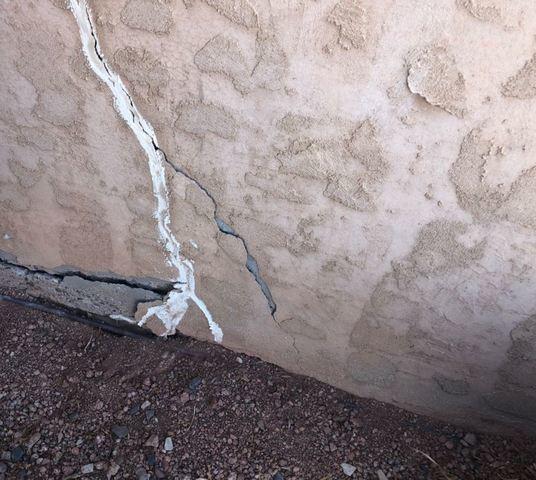 These exterior cracks extend to the home's concrete stem wall.