The owners of this 1970’s single family home in Flagstaff, Arizona called us with concerns about their home’s foundation.

A few of the problems the Homeowners were seeing included:

After examining the home and performing the manometer survey, Arizona Foundation Solutions believes the home could be experiencing foundation settlement in the central, northern, and western portions of the home.

The proper way to permanently stop the perimeter foundation settlement is to underpin the areas that are experiencing movement. The best way to stabilize the support beams in the crawl space is with SmartJacks.

• Locate the areas of foundation and floor slab failure, if any

• Determine the extent of the foundation failure, if any

After examining the home and performing the manometer survey, Arizona Foundation Solutions believes the home could be experiencing foundation settlement in the central, northern and western portions of the home as shown by the damage (aka Signs of Stress) and lower readings on the Topographical Map. The drop off in floor elevations on the topographical map is consistent with a foundation settlement pattern. Foundation Settlement can be caused by one or any combination of many factors including sub-grade saturation of moisture due to poor drainage, years of storm runoff, plumbing leaks, improper compaction, the lack of a proper foundation system, and/or (in most cases) natural earth movement.

Arizona Foundation Solutions believes that the proper way to permanently stop the perimeter foundation settlement is to underpin the areas that are experiencing movement. Underpinning is the process of installing deep foundation elements called piles. Piles are engineered foundation supports that are driven down past the unstable soils and are then locked up into load bearing strata, which can support the loads that are transferred to them. Once the piles have been installed, they can be used to lift the perimeter foundation up to it’s Highest Practical Maximum. The piles should be spaced approximately six feet on center and should start and stop near the hinge points of movement (exact spacing to be determined after load bearing calculations). In this case, the piles would be located at the northern and western portions of the home.

AZFS believes the best way to stabilize the support beams in the crawl space is with SmartJacks. These are adjustable galvanized supports engineered to be placed under the sagging floors to help prevent settlement of the floor joist system. The SmartJack sequence should start at approximately 2’ off each perimeter wall and should not be spaced more than 7’ on center (exact spacing to be determined after load bearing calculations). An engineered push pier will be driven concentrically beneath the beam at each Smart Jack location to provide a footing for each Smart Jack. If for whatever reason The installation of concentric piers is not possible, a concrete footing of engineered size will be poured beneath the smart jack to distribute the load. The SmartJacks will then be cut to size and set in place. Finally the units will be adjusted to lift the sagging floors back to their best functioning point or the Highest Practical Maximum.

This crawlspace plan addresses foundation support. Carpentry and non-soil related movement are outside the scope of work of this project.

It is also beneficial to manage the moisture around your home using conventional means. 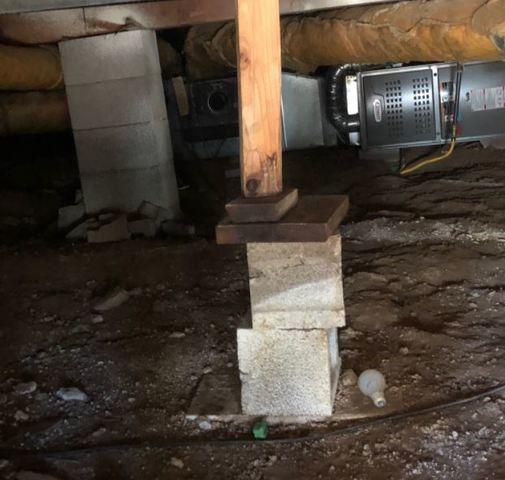 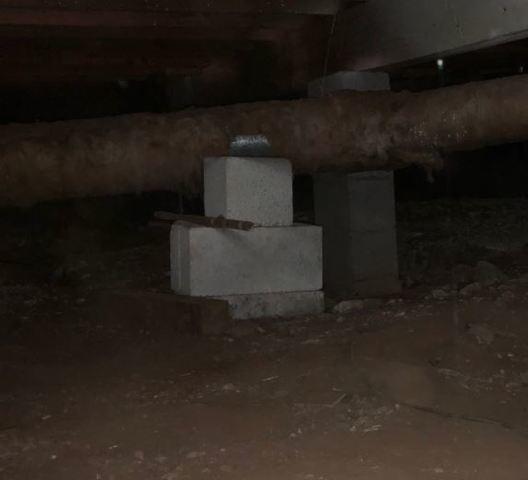 Some contractors can get creative when placing crawl space supports. Support systems like the one shown here will fail. 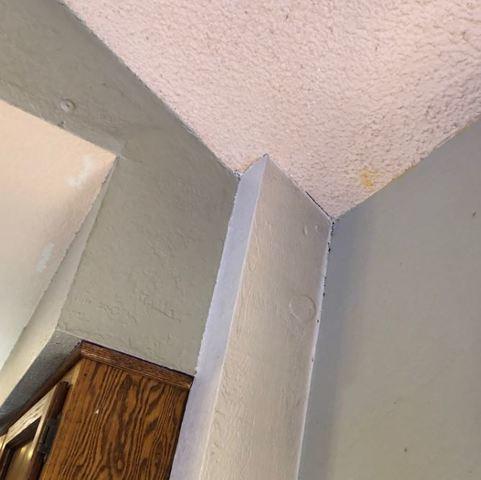 Interior cracks where the wall meets the ceiling are a common symptom of a foundation problem. 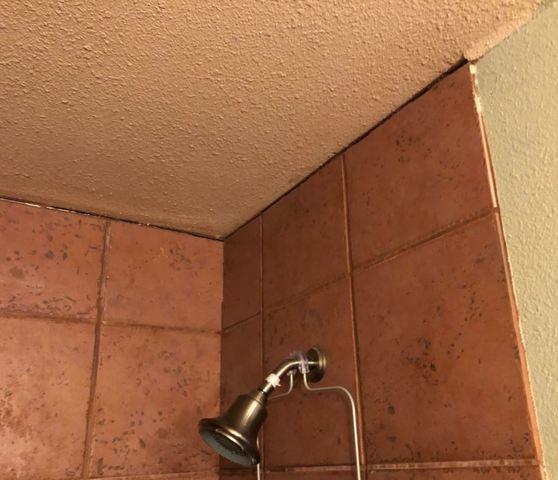 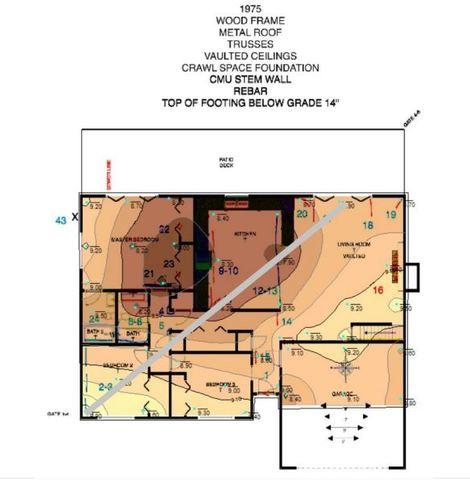 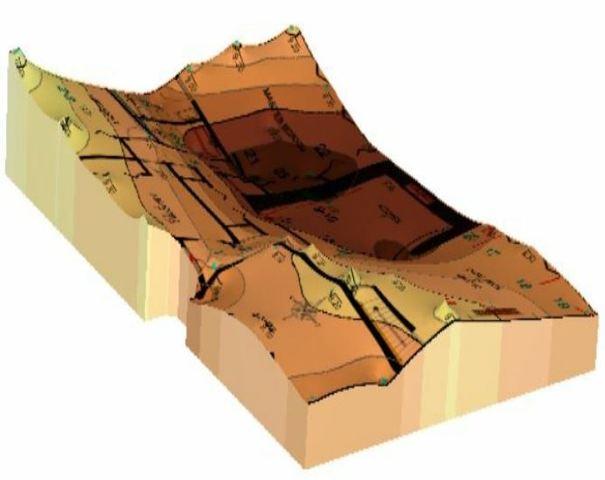 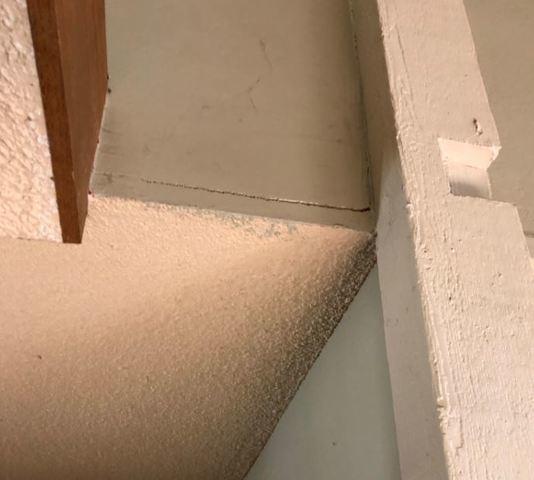