The owners of this 1976 single family home in Holbrook, Arizona reached out to us after noticing several symptoms of a potential foundation issue.  It was important to the Homeowner to not just repair the signs of stress, but to find out what was causing them.  Making sure the problem did not get worse and maintaining home value was also important.

A free initial, level A, foundation inspection noted a number of symptoms related to a foundation issue.  Some of these foundation problem indicators included:

Manometer Survey: The manometer survey, also known as a floor survey, is a measurement of the differences of interior floor elevations. The flatness of the interior floor was measured using a highly accurate survey device known as a Manometer. The entire interior floor area was surveyed, and the elevations were recorded. These data points were then entered into a computer program that provides a topographical map showing the high and low elevation contours of the floor surface. This topographical map shows where the foundation is no longer level and shows where support and stabilization is needed. The floor survey also demonstrates whether any floor slab heave or settlement exists.

After examining the home and performing the manometer survey, Arizona Foundation Solutions believes the home could be experiencing foundation settlement in Bathroom 2 & 3 and in Bedroom 2 as shown by the damage (also known as the Signs of Stress) and lower readings on the Topographical Map. The drop off in floor elevations on the topographical map is consistent with a foundation settlement pattern. Foundation settlement can be caused by one or any combination of many factors including sub-grade saturation of moisture due to poor drainage, years of storm runoff, plumbing leaks, improper compaction, the lack of a proper foundation system, and/or (in most cases) natural earth movement.

AZFS believes the home could be experiencing minor foundation settlement at the northwest portion of the home and at the southern and eastern portions of the Garage as shown by the lower readings on the Topographical Map.

A minor heave pattern is observed in the Family Room as indicated by the higher elevation readings on the 3D Topographical Map. This phenomenon usually occurs in areas where structures are built on expansive clays. Moisture from one or any combination of the following: storm runoff, poor drainage around the foundation, plumbing leaks and/or underground moisture sources will allow the moisture/vapor to accumulate underneath the foundation. The moisture then interacts with the clayey soils, causing them to swell. The clay soils take the path of least resistance and expand upwards and lift the foundation.

Arizona Foundation Solutions believes that the proper way to permanently stop the perimeter foundation settlement is to underpin the areas that are experiencing movement. Foundation Underpinning is the process of installing deep foundation elements called piles. Piles are engineered foundation supports that are driven down past the unstable soils and are then locked up into load bearing strata, which can support the loads that are transferred to them. Once the piles have been installed, they can be used to lift the perimeter foundation up to its Highest Practical Maximum. The piles should be spaced approximately six feet on center and should start and stop near the hinge points of movement (exact spacing to be determined after load bearing calculations). In this case, the piles would be located at the perimeter of Bathroom 2 and Bedroom 2. The slab can then be treated by injecting a lightweight expansive polyurethane to fill existing voids and lift the floor slab. This is done by drilling small 3/8” holes in the slab after which polyurethane grout is injected directly under the slab to raise it up to its Highest Practical Maximum. Using the expansive materials will help prevent additional slab settlement by compacting the upper layer of soil as it expands.

AZFS does not suggest a settlement repair plan, for the northwest portion of the home or for the Garage, or heave repair plan at this time as there is no significant damage to correspond with the low and high elevation readings. The home should be monitored and should damage arise in the future, AZFS should be contacted to perform a comparative monometer survey at a discounted price. 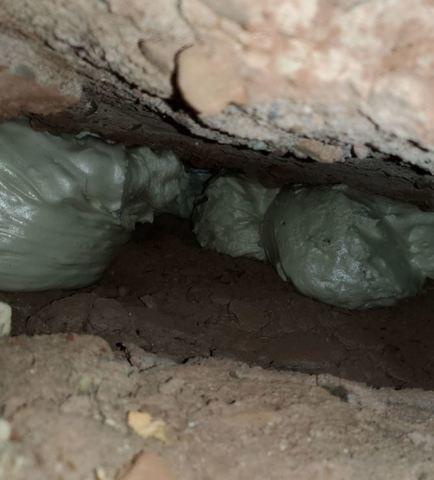 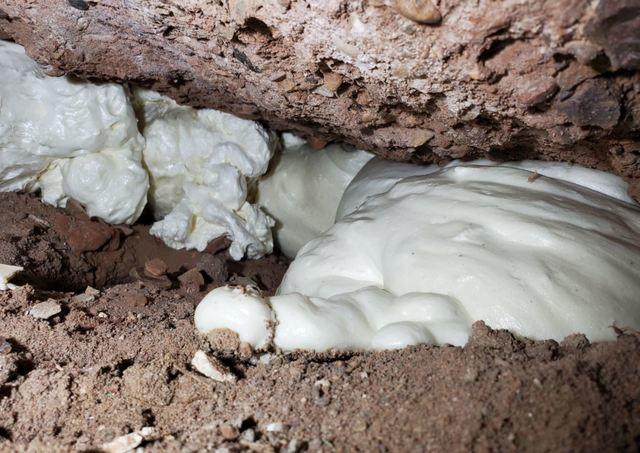 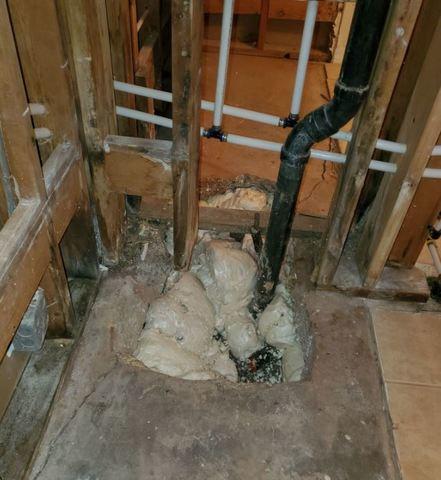 Mid PolyLevel® expansion. PolyLevel® is used to lift concrete slabs to a level position with less weight and disruption than the legacy mud jacking or slab jacking process. 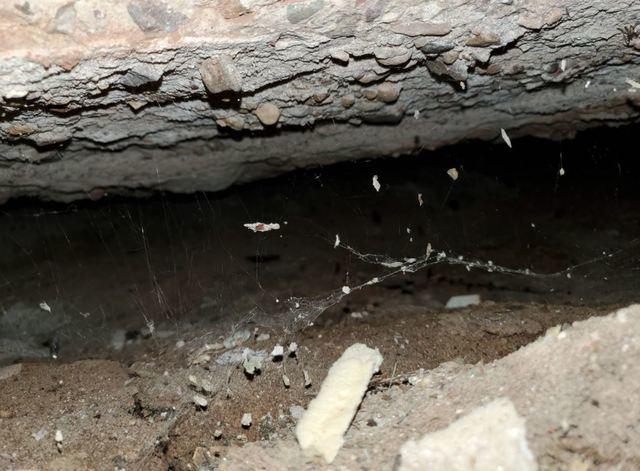 The void under the slab before PolyLevel® injection & expansion. 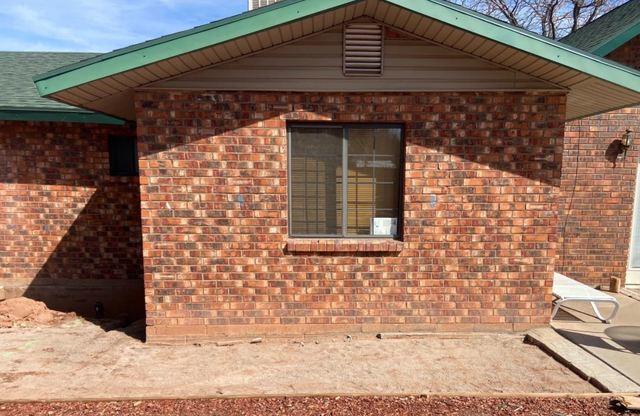 After the foundation underpinning. 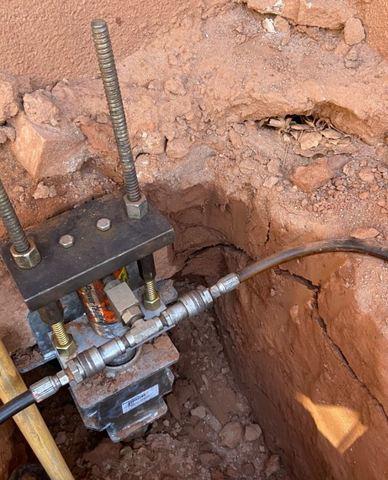 These foundation support piers were driven hydraulically. The vertical crack in the dry soil indicates lift. 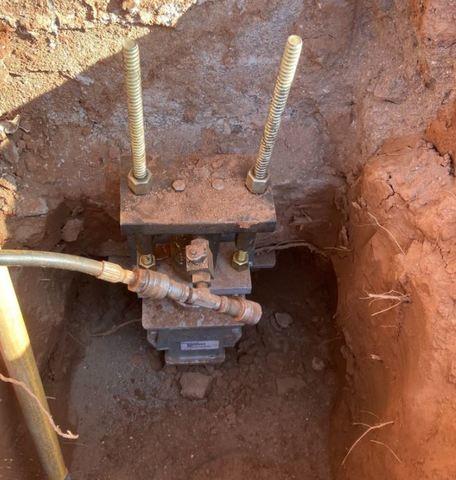 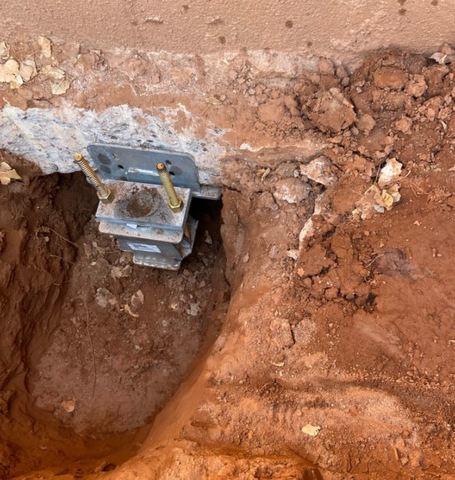 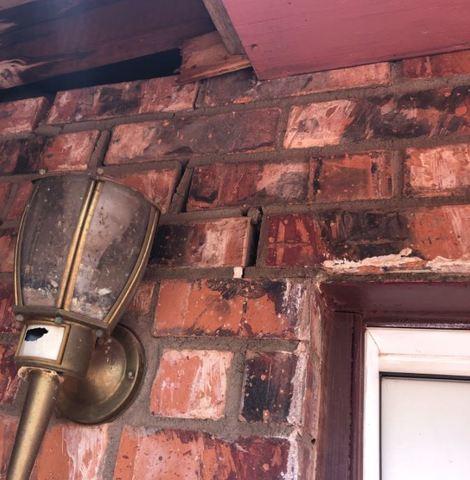 Stair step cracks in brickwork is a sign of stress. 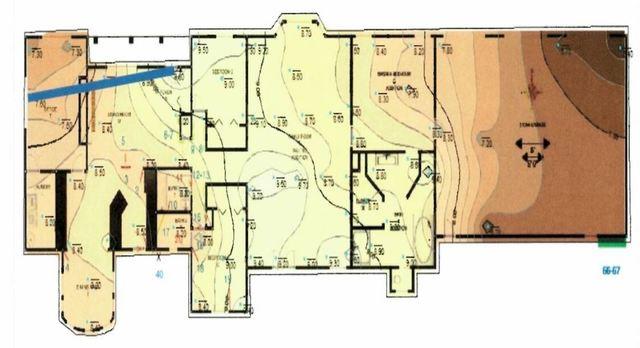 The 2D topographical map is part of our forensic foundation inspection. 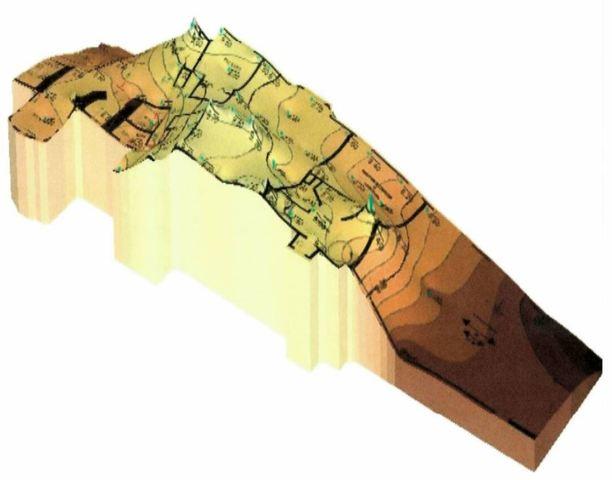 The 3D topographical map clearly illustrates how out of level this foundation is. 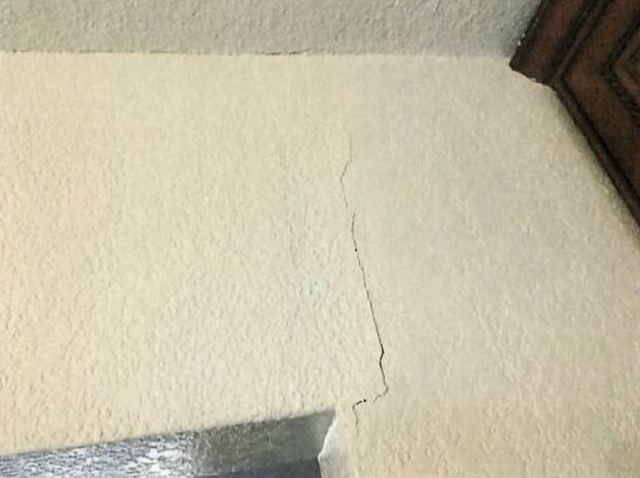 Interior drywall cracks are an indication of a foundation problem. 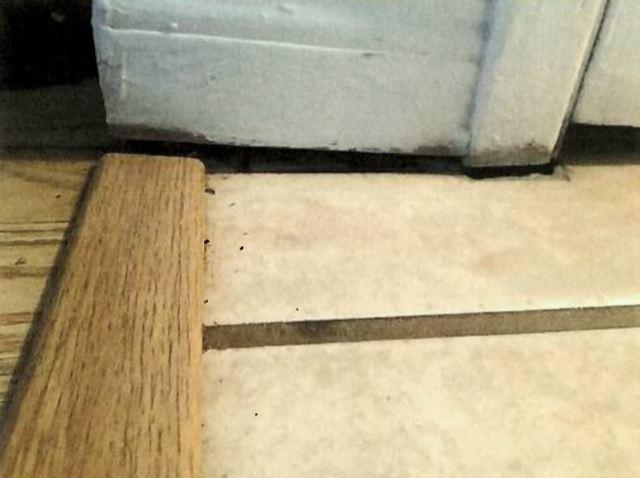 Gaps at the baseboards are a symptom of a foundation issue. Often, this is accompanied by out of level floors.