The Homeowners of this 1965’s cabin noticed some problems with the foundation, so they preferred to call Arizona Foundation Solutions for an accurate diagnose.

The signs of stress included:

Every Foundation project starts with a level (A) inspection was made to see any visible damages. However, an additional (B) inspection had to get done due to the circumstances, so we needed an engineering perspective.

Manometer Survey: The manometer survey, also known as a floor survey, is a measurement of the differences of interior floor elevations. The flatness of the interior floor was measured using a highly accurate survey device known as a Manometer. The entire interior floor area was surveyed and the elevations were recorded. These data points were then entered into a computer program that provides a topographical map showing the high and low elevation contours of the floor surface. This topographical map shows where the foundation is out of level and shows where support and stabilization is needed. The floor survey also demonstrates whether any floor slab heave or settlement exists.

A heave pattern is observed in the east, southeast and southwestern portions of the home as indicated by the higher elevation readings on page 10 (3D Topographical Map). This phenomenon usually occurs in areas where structures are built on expansive clays. Moisture from one or any combination of the following: storm runoff, poor drainage around the foundation, plumbing leaks and/or underground moisture sources will allow the moisture/vapor to accumulate underneath the foundation. The moisture then interacts with the clayey soils, causing them to swell. The clay soils take the path of least resistance and expand upwards and lift the foundation.

After examining the home and performing the manometer survey, Arizona Foundation Solutions believes the home could be experiencing foundation settlement at the eastern portion of the home as shown by the damage lower readings on a Topographical Map. The drop off in floor elevations on the topographical map is consistent with a foundation settlement pattern. Settlement can be caused by one or any combination of many factors including sub-grade saturation of moisture due to poor drainage, years of storm runoff, plumbing leaks, improper compaction, the lack of a proper foundation system, and/or (in most cases) natural earth movement.

The Foundation Performance Association (FPA) "Guidelines for the Evaluation of Foundation Movement for Residential And Other Low-Rise Buildings" were adopted to correlate acceptable and unacceptable distress phenomena with actual survey elevations. Deflection and Tilt calculations were performed and compared to allowable values. For this engineered analysis, the deflection of the slab L/288 was more than the allowable deflection limit of L/360. In addition, the tilt of the slab (0.38%) was less than the allowable tilt of 1.00%.

Arizona Foundation Solutions believes that the proper way to permanently stop the perimeter foundation settlement is to underpin the areas that are experiencing movement. Underpinning is the process of installing deep foundation elements called piles. Piles are engineered foundation supports that are driven down past the unstable soils and are then locked up into load bearing strata, which can support the loads that are transferred to them. Once the piles have been installed, they can be used to lift the perimeter foundation up to its Highest Practical Maximum. The piles should be spaced approximately six to eight feet on center and should start and stop near the hinge points of movement (exact spacing to be determined after load bearing calculations). In this case, the piles would be located at the perimeter of the home. 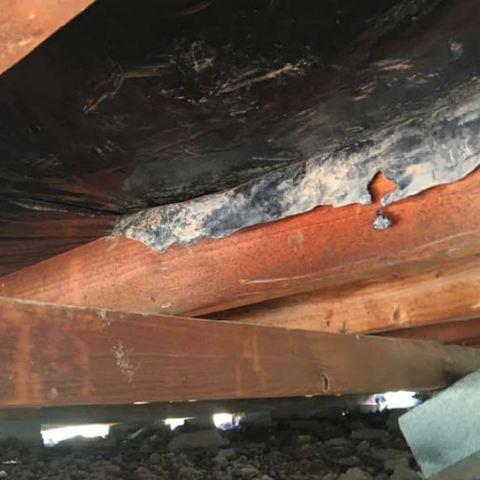 The bottom of the support system started to deteriorate 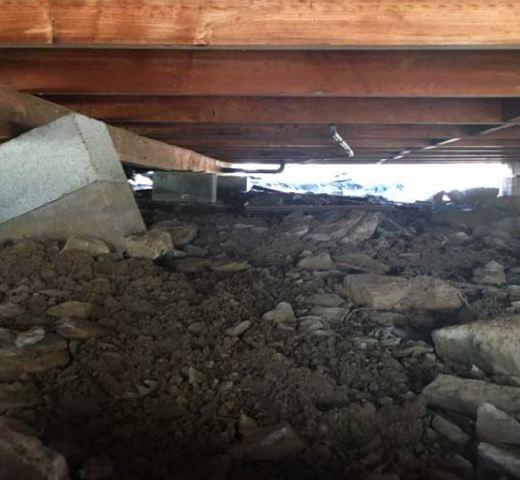 The ground is full of unstable rocks 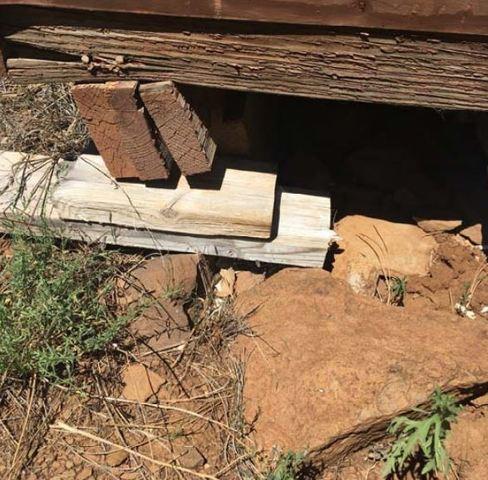 Eventually, the extra support added was not enough to sustain the floor from sinking 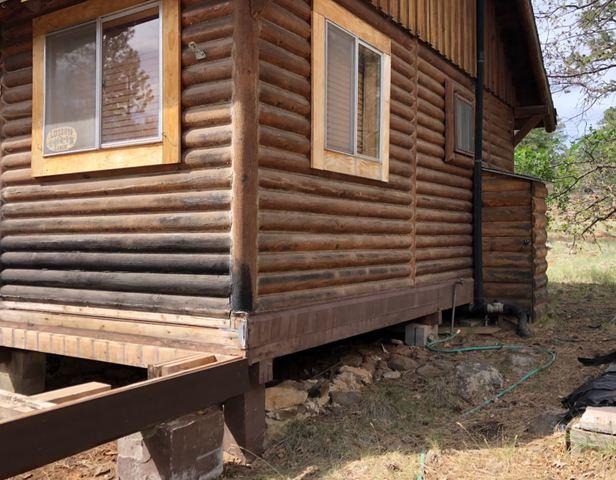 In this picture, it shows that the house is sinking even more from the side with lower altitude