The Homeowners of this 1935 single-family cabin decided to call Arizona Foundation Solutions when they noticed they might be a victim of Foundation problems.

The signs of Stress included:

As any other inspection a level (A) inspection was made to see any visible damages. However, an additional (B) inspection had to get done due to the circumstances we need an engineering perspective.

Exterior Inspection: The exterior of the location was visually inspected. Items such as foundation cracks, exterior wall cracks, improper grading, type of structure, poor drainage, gutters or nogutters, bowed retaining walls, large trees close to the foundation and any type of obstructions that may or may not influence the repair process were noted and recorded.

After examining the home and performing the manometer survey, Arizona Foundation Solutions believes the home could be experiencing foundation settlement at the eastern portion of the home as shown by the damage and lower readings on Topographical Map. The drop off in floor elevations on the topographical map is consistent with a foundation settlement pattern. Settlement can be caused by one or any combination of many factors including sub-grade saturation of moisture due to poor drainage, years of storm runoff, plumbing leaks, improper compaction, the lack of a proper foundation system, and/or (in most cases) natural earth movement.

The Foundation Performance Association (FPA) “Guidelines for the Evaluation of Foundation Movement for Residential And Other Low-Rise Buildings” were adopted to correlate acceptable and unacceptable distress phenomena with actual survey elevations. Deflection and Tilt calculations were performed and compared to allowable values. For this engineered analysis, the deflection of the slab (L/87) exceeds the allowable deflection limit of L/360. In addition, the tilt of the slab (0.07%) was less than the allowable tilt of 1.00%.

Arizona Foundation Solutions believes that the proper way to permanently stop the perimeter foundation settlement is to underpin the areas that are experiencing movement. Underpinning is the process of installing deep foundation elements called piles. Piles are engineered foundation supports that are driven down past the unstable soils and are then locked up into load bearing strata, which can support the loads that are transferred to them. Once the piles have been installed, they can be used to lift the perimeter foundation up to it’s Highest Practical Maximum. The piles should be spaced approximately six to eight feet on center and should start and stop near the hinge points of movement (exact spacing to be determined after load bearing calculations). In this case, the piles would be located at the northern, eastern and southern portions of the home.

AZFS believes the best way to stabilize the support beams in the crawl space is with SmartJacks. These are adjustable galvanized supports engineered to be placed under the sagging floors to help prevent settlement of the floor joist system. The SmartJack sequence should start at approximately 2’ off each perimeter wall and should not be spaced more than 7’ on center (exact spacing to be determined after load bearing calculations). An engineered push pier will be driven concentrically beneath the beam at each Smart Jack location to provide a footing for each Smart Jack. If for whatever reason The installation of concentric piers is not possible, a concrete footing of engineered size will be poured beneath the smart jack to distribute the load. The SmartJacks will then be cut to size and set in place. Finally, the units will be adjusted to lift the sagging floors back to their best functioning point or the Highest Practical Maximum.

Prior to any work being accomplished, AZFS recommends that the homeowner contact a professional contractor and/or a licensed Structural Professional Engineer to look at the floor joist within the crawl space and the existing support structure that supports the home. In particular, any rotting floor joist and timber should be addressed due to this being outside the scope of service that we provide. 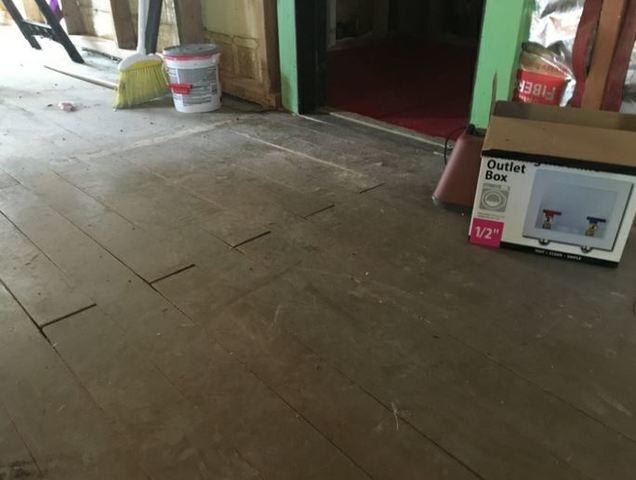 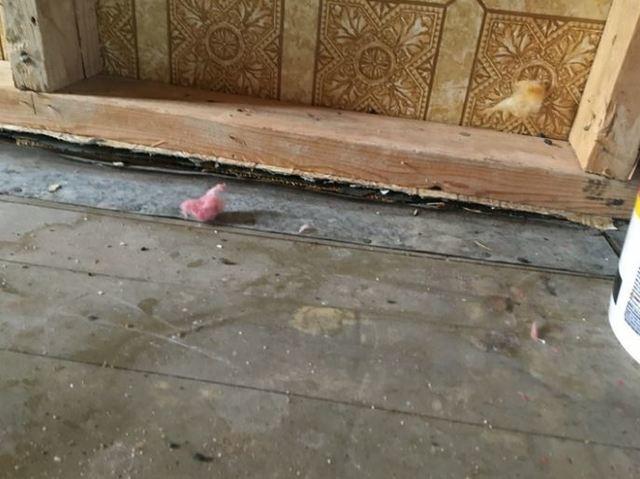 Gap space between the floor & the wall 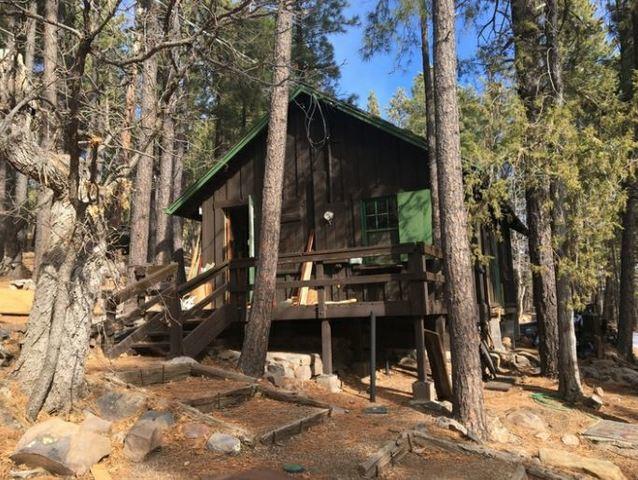 As shown in the picture, the crawl space is very irregular 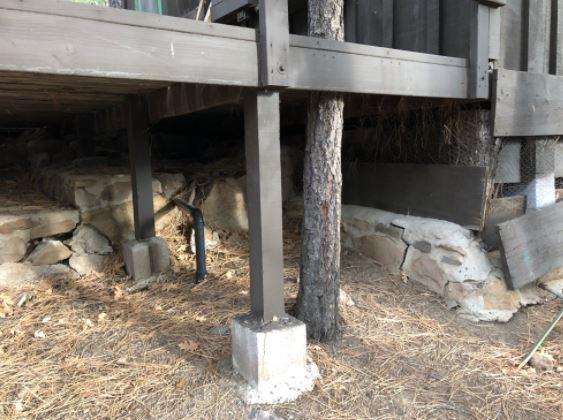 Some piers got made of concrete and others from wood 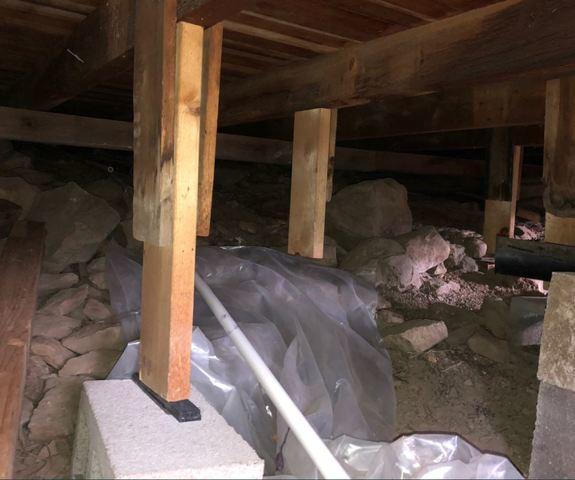 The cabin was mainly supported by wooden piers and concrete floorings. 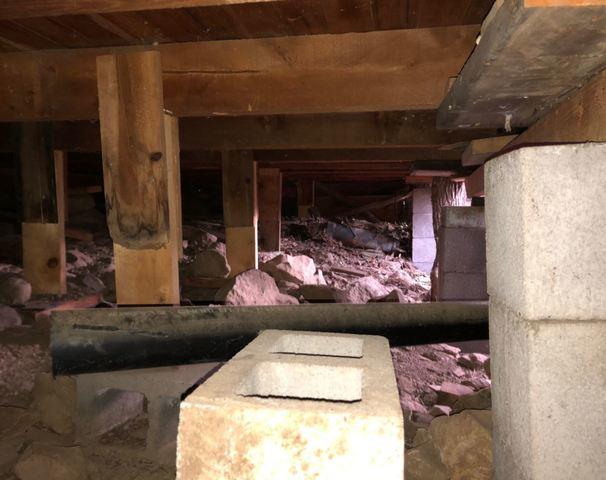 The crawl space was very inconsistent, and the piers needed to get installed with a better distance between each other