Fact: Too Much Moisture May Cause...
See All YouTube Videos
Products & Services

Before and After Pictures from Prescott

The SmartJack® may also be used as a supplemental column support where an existing column and pier foundation has settled.

A before and after series of a recent foundation underpinning on a Prescott, Arizona home.  Sometimes, a repair will require us to remove all or part of a poured concrete patio (as was the case here).

Once the foundation support peirs were installed and driven to their highest practical maximum, the areas where concrete had been removed were patched.

Installed Helical Piles to stabilize and attempt to lift fireplace

See All Before & After Images
Company Awards

Home Advisor Elite Service Award
We go above & beyond for all of our Homeowners!... [Read more]
More Awards

Click the icons to see what our customers had to say. The mission was to raise all 4 of the giant stairs, landings, and attached stone walls at each entrance. They had sunk several inches, putting the granite stone steps and granite walls at risk from being damaged and also creating trip hazards. As it turns out all four of these staircases and landings were built on top of the debris of the Famous Whiskey Row Fire. This created a difficult environment to encapsulate and pressurize the soils to raise the structure back to its functioning elevation. 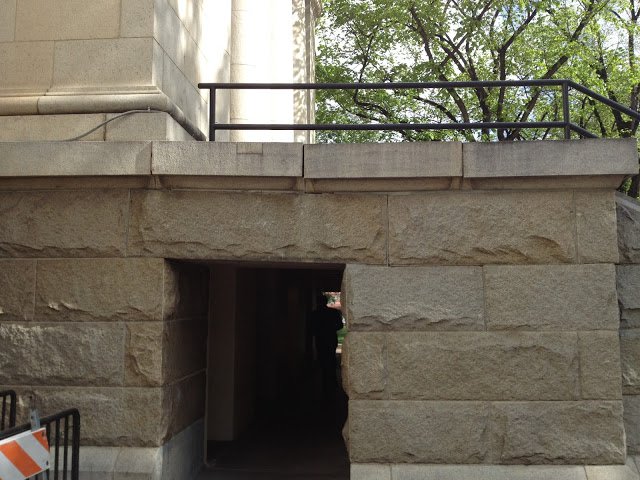 This remodel was required to be done 100% at night due to the fact the courthouse still functions at the counties main courtroom complex. This complicated the already innovative work in that any engineering adjustments would be required to be done by field personnel or wait until morning when no work could be done at the same time. We were told that if we disturbed the court rooms we could be held in contempt of court….. I don’t think they were kidding.

Much of the work was under the steps with low working heights and limited access and tight working conditions. 288 push piles were chosen over helical piles because of their versatility and ability to be installed in very tight access areas including a very low working areas using Foundation Supportworks low profile driving and lifting stands. The west steps presented a monumental challenge as the weight of the structure included later additions of restrooms that could not have been accurately estimated from the information ahead of time. We lifted with the hydraulic cylinders simultaneously and grouted. The crews pumped grout for about 2 weeks every night with the pressures remaining steady but the structure lifting only marginally. We concluded that the grout was finding new voids in the debris as we continued to apply pressure. Gradually through a series of nightly lifts, allowing the grout from the previous night to harden, the structure was raised using a thixotropic admixture to facilitate blocking of voids.

The project was completed on time and under budget with none of the granite steps or giant blocks being damaged during the process. 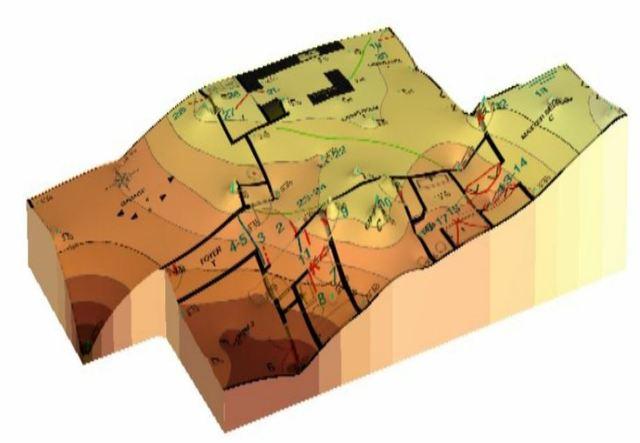 The owners of this single-family home in Prescott, Arizona reached out to Arizona Foundation Solutions after seeing signs of a potential foundation...
Click to read solution... 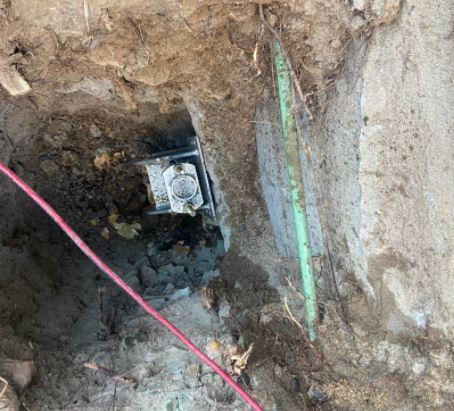 The Homeowners of this beautiful 14 year old, single family ranch style home reached out to us after noticing cracks in the tile flooring and gaps...
Click to read solution...
More Case Studies
Press Releases From Prescott
The Team at Arizona Foundation Solutions made the nomination possible. Their hard work, dedication and perseverance resonate on every job - from initial call to completed project.... [Read more]
Read all Press Releases
Photo Galleries From Prescott

Interested in a quote for foundation leveling and foundation repair.
Vicinity of W Nebeker Circle in Prescott

I am curious about the value of insulating the crawl space. Some parts of the floor can be cold in the winter (but warm up during the day).
Vicinity of Lichen Ridge Lane in Prescott

One of our guest bedrooms has been getting cracks around the doorframes.
Vicinity of Black Dr in Prescott

My house is on a crawlspace. The floor joists have improper and inadequate supports. I'd like to remedy this.
Vicinity of Juniper Ridge Dr in Prescott

Diagonal settling cracks in home around doorways.
Vicinity of Shoup St in Prescott

One corner of my house has been settling and I need an estimate on the cost to fix.
Vicinity of N Mount Vernon Ave in Prescott

Historic home in Prescott has cracked foundation. Need inspection and estimate to repair.
Vicinity of Trouble Shooter Ln in Prescott

Our house is new. We have water in our crawl space. The water is from a broken irrigation system, but after that is fixed I am concerned that the next monsoon season will cause the same problem.
Vicinity of Lakewood Dr in Prescott

We have settling causing sloping of our back two bedrooms as well as the detached garage
Vicinity of S. Penn St in Prescott

Our home is built with lower level below ground, with at our main entrance above ground at street level. We have had some water seepage during recent wet periods and need to assess options to seal the foundation or install drainage to alleviate the problem.
Vicinity of College Heights Rd in Prescott

I have a two-story house with the lower story in the ground on one side(uphill). It is starting to get quite a lean like a retaining wall. Enough that the garage door is sticking with a very visible gap at top.
Vicinity of Broken Arrow Dr in Prescott

Water in crawlspace
Vicinity of Copper Basin Rd in Prescott

A section of the foundation is suspect and requires evaluation and if repairs required, a quotation for repairs.
Vicinity of N Nancy Dr in Prescott