The Donor Network of Arizona Building in Phoenix, AZ was experiencing the transmission of moisture vapor through several areas of the interior floor slab. Arizona Foundation Solutions (AFS) was hired to design and install a floor venting system to reduce moisture vapor transmission through the concrete. Before work could be started on the ventilation system, the building had to be inspected for water leaks and drainage issues around the perimeter of the building.

The system reduced the transmission and condensation of moisture through the slab in the area of the pipes by drawing moist air from the aggregate base layer and replacing the moist air from under the slab with outside air that is typically less humid.

In addition to handling design and installation of suction fan electric wiring, suction pumps mounting and above slab piping, AFS also took care of gaining all necessary permits for the work.

It was estimated that the Moisture Level System would remove about 12.2 pounds of water per day from under the slab. 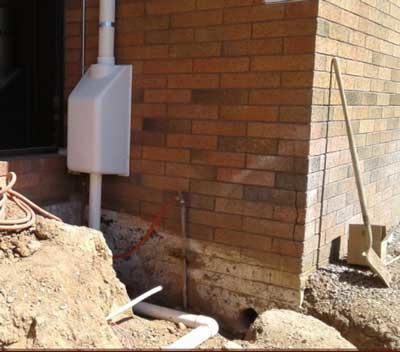 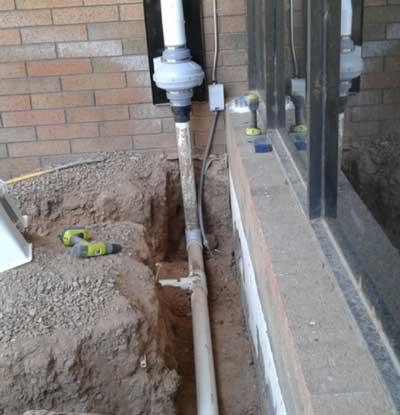 A suction pump and piping is installed along the perimeter of the building. 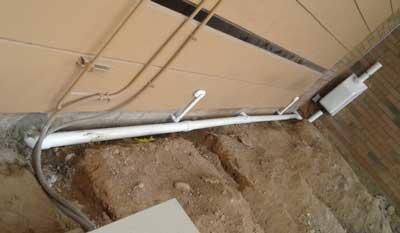 Another look at the intake piping for the moisture removal system.

About the author
After nearly a decade writing about home improvement, Kristina realizes the importance of having a dry, clean crawl space. Born and raised in Connecticut, she has made it her mission to find good pizza in the South. She enjoys spending time on her 13-acre property with her husband (and high school sweetheart), energetic toddler and rescued Labrador mix.
Back to Previous Page
Back to Case Studies